Hey there!  It’s Katrina, aka katrinahunt13 from the forums sharing a hybrid layout with you today.  I thought I would ask the creative hive of minds over on the Scrapping Pad Forum what kit they would like to see worked up into a hybrid layout.  I had four people answer and all the kits were great choices and ones that I had considered before I posted the question! 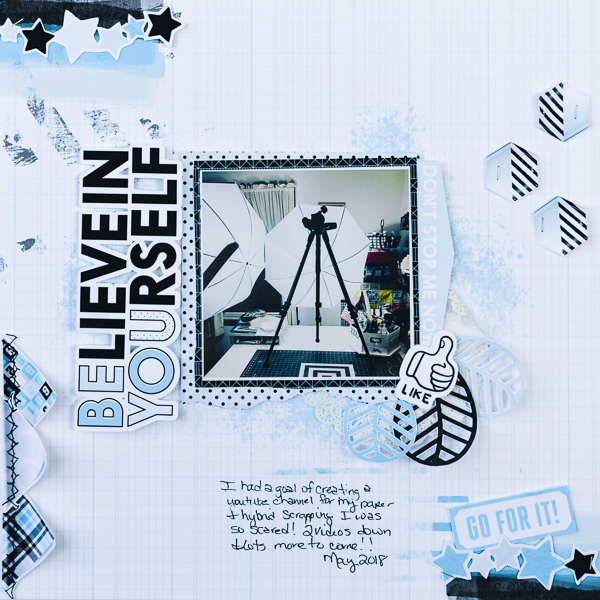 And here is what I ended up creating and what I created with!!!  It is Just Jaimee’s Like A Boss Storyteller Add-On for May.  There were two pad peeps that picked the kit, Jan (IntenseMagic) and Jennifer (LittleKiwi).  Although, Jennifer listed a different kit, but she was going to say this one, so it counts as a vote! 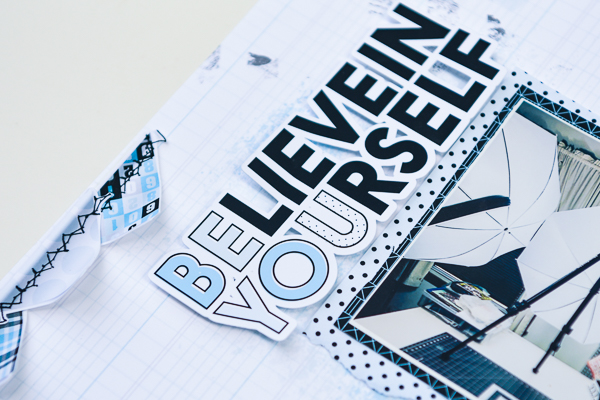 The kit worked out perfectly for scrapping about something I have been working on, my own YouTube channel for paper and hybrid scrapping!  I have been so scared to even attempt doing a video, but I finally took the leap a couple of weeks ago.  The picture is my “set-up” for doing the videos.  I posted it on instagram, so that I couldn’t chicken out of doing one! 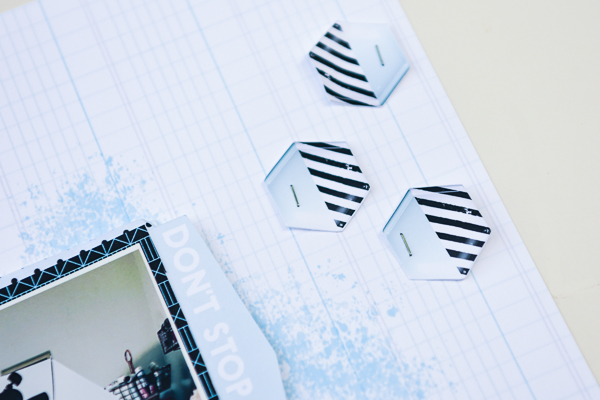 If you want to add staples on your page, but your stapler isn’t long enough, just staple before adhering your element down!  that’s what I did here and then you get the same look without the struggle! 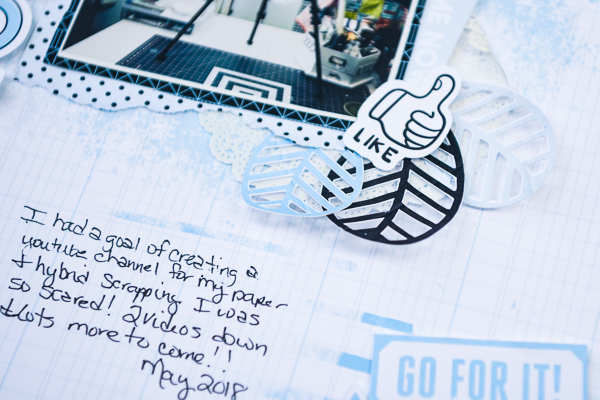 And recently I have been loving grid paper for backing…straight lines to journal on! LOL  And we know YouTube has the “thumbs up” system, so that element was perfect to put on my page!

Is there a kit that you would like to see done with hybrid?  Leave me a comment or send me a private message thru the forum and let me know!  I would love to hear.

The other kits that were picked are still in the running for future projects.  I wish I scrapped faster!!  Here are the other kits, in no particular order of choice: 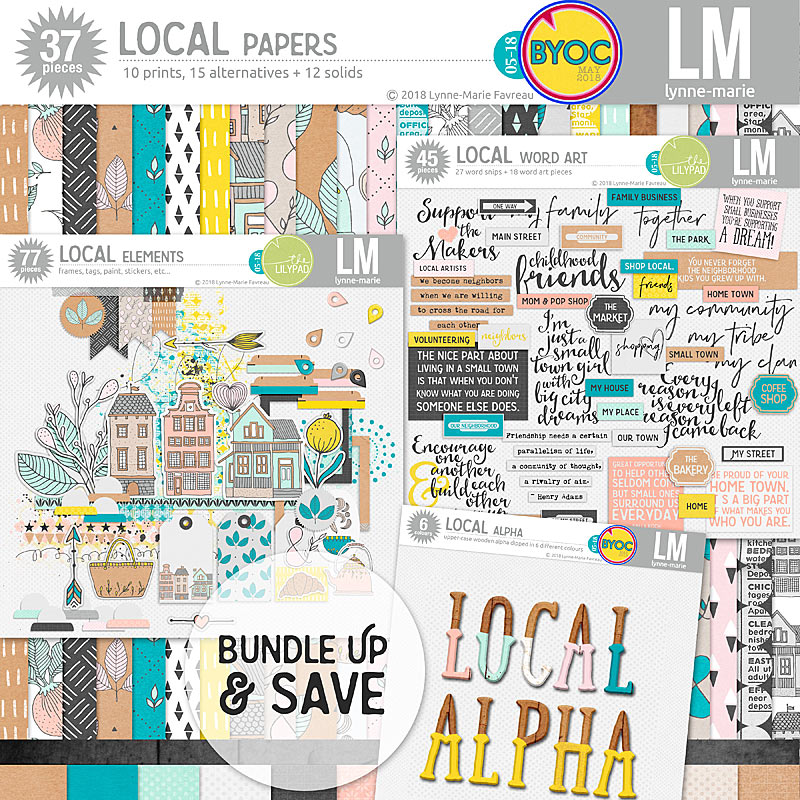 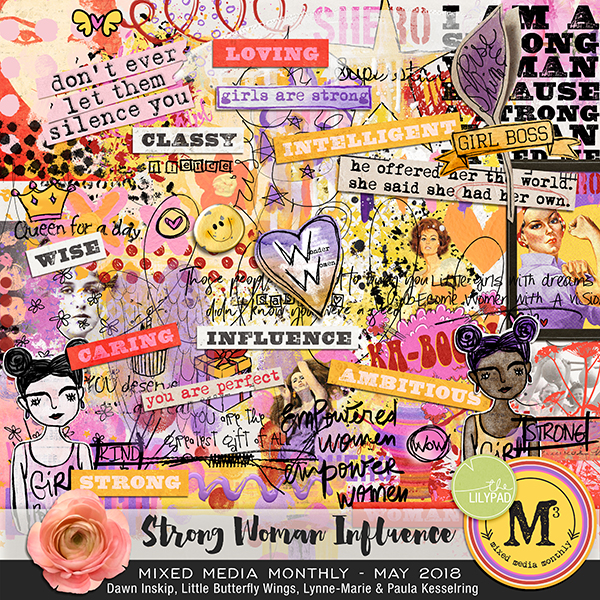 I won’t lie, I had a hard time choosing, but because I had a picture ready to go and wanted to scrap that moment Just Jaimee is the kit I went with!  But all of these are on my radar!  Have a great day!