Hey there TLP fans!  It’s Katrina and I have a FUN technique for hybrid scrapbooking!  The other night, Cheryl from Fiddle-Dee-Dee Designs hosted a live chat/scrap for the Pad.  I had a little time to jump in and watch and I am so glad I did.  She was using her new template, Blooming (Dressed Up) for her layout.  I already have the template, so I was curious to see what she was going to do with it.  I love her style to begin with, so I knew it would be something fabulous.  After watching here is my layout that came inspired totally from her video chat!   Video is at the bottom of this post, if you are interested in watching it!!! 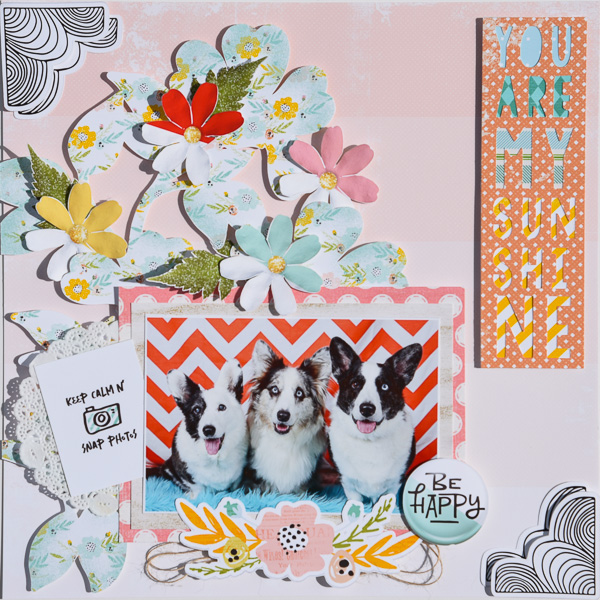 See those die cut flowers?  Well, in her chat, she misted those for her digital layout with a misting brush.  Which got me to thinking and talking in the chat with Courtney about a project.   hmmm…wonder if I could do that with hybrid?  Everyone was asking what brushes they were.  The ones Cheryl used are no longer available, but there are a couple of sets in the store that would work.  Lynne-Marie’s Misty Brushes and Just Jaimee’s Mist Spray Brushes. Now, since most of my scrapping is on paper, I usually don’t buy brushes, etc. but I ended up with both sets in my cart! I decided to work with Lynne-Marie’s set for this project, but I am sure I will be using these a lot!

I started by opening the template in Photoshop and then duplicating the die cut layer and shadow layer to a new canvas. I left off the shadow layer at first, but then realized it helped me visualize and “see” where I needed to “ink aka mist” on the edges of the die cut.  I clipped a pattern paper from Just Jaimee’s April 2017 Storyteller to the die cut.  Then I clipped another layer to that for my misting.  I used the brush #5 in the set with a pixel set of 361, which worked well with my lack of control that all you pros have with brushes!  I tagged a light green from my pattern paper for the mist color. And then I just started going to work.  Occasionally I would turn off the shadow layer, so that I could see the effect I was getting. 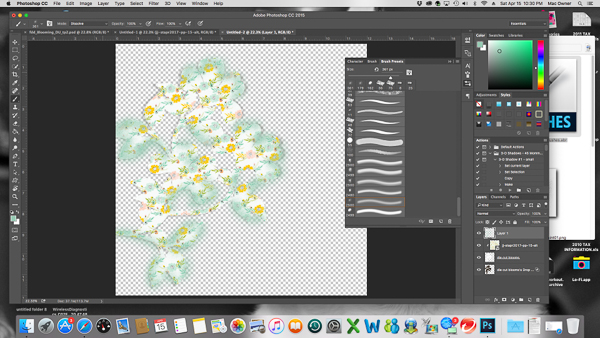 Once done, I linked the die cut layer, clipped paper, and clipped misting layer then exported as a PNG.  This would then give me the ability to create a cut file from the die cut.  Not sure why I ended up with two files, but hey, I was winging my way around using a brush and exporting!  That is pretty darn good for this hybrid girl that usually does things in Silhouette Studio mainly! 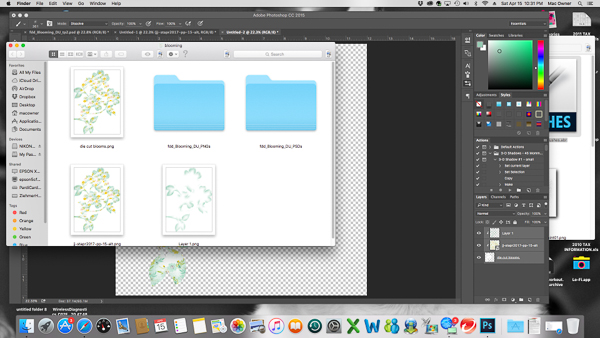 Once I had my PNG, I opened Silhouette Studio and opened my PNG in the software to trace it.  Using the print and cut feature, making sure my registration marks were turned on, I printed my “misted” die cut and then sent back thru my Cameo to cut it out.  I will be using this A LOT! I hate getting ink all over my hands and this just solved the problem.  Plus, I am a klutz! 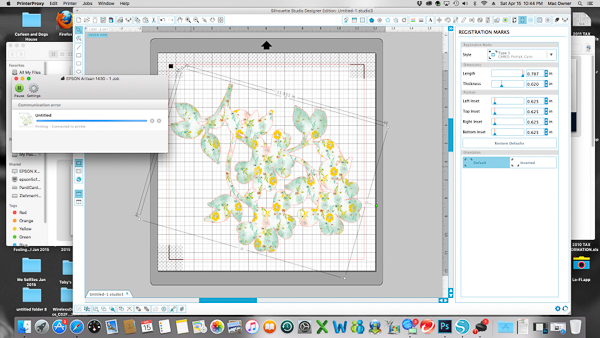 Here is the die cut close up.  I love the misted, soft edges and how I could get an “ink” that matched perfectly to the pattern paper that I used.  All the elements on my page are from the Just Jaime April 2017 Storyteller. 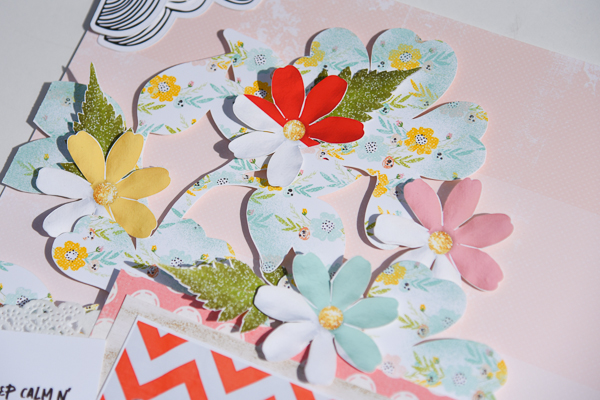 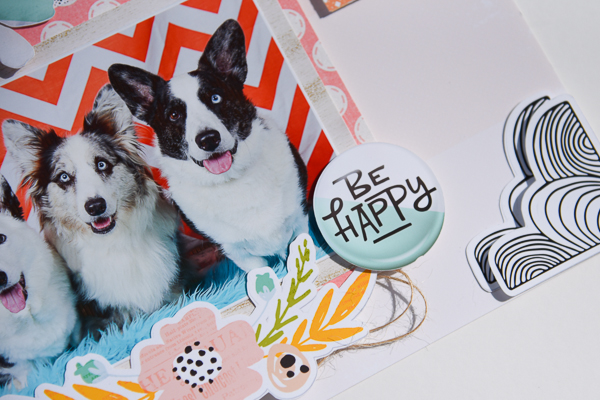 Then Just Jaimee had Page Clippers  with the April 2017 Storyteller and I knew I wanted to use one of those, but I needed one that would fit my page.  I scaled down the “You Are My Sunshine” PNG and turned it into a cut file.  I then backed with with various papers from the April 2017 Storyteller and from Kristin AAgard’s Woodland Spring collection. Then I used foam adhesive to pop it up (also the die cut, and a lot of the elements have foam adhesive for added dimension). 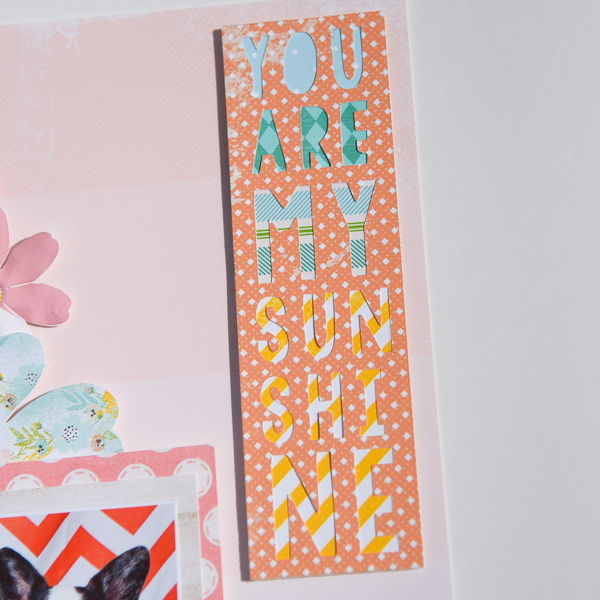 And here is Cheryl’s video.