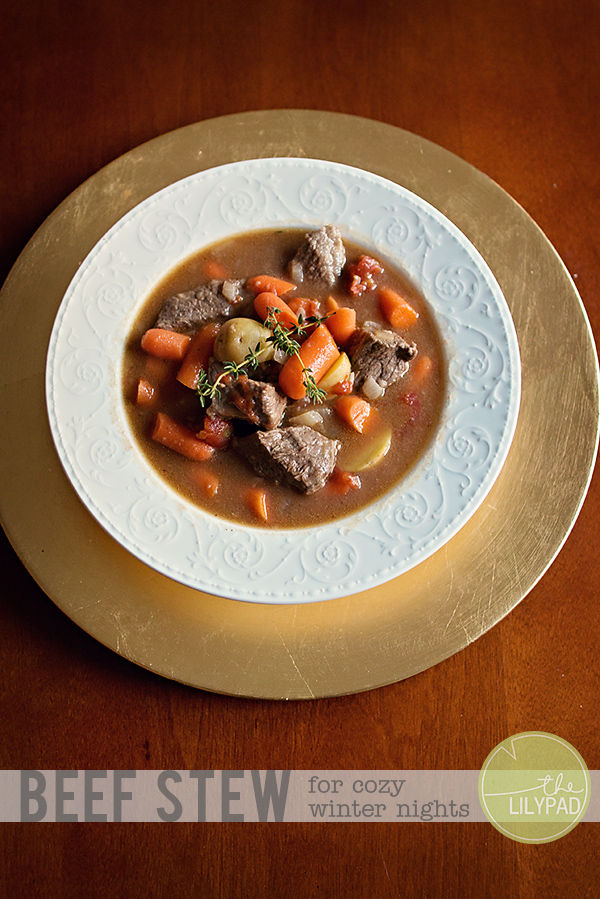 Polly Liana here, with a departure from our usual scrapbooking posts for a quick recipe for cozy beef stew.  For many of us, winter is fast approaching and I know several places that saw some pretty heavy snow last week.  Here’s a recipe that will make the house smell wonderful and is largely hands-off once you get the initial stew going.  I also like it because it keeps the veggies a little firmer than when you cook everything in a crock pot.   Lastly, stew is awesome because you can make pretty big alterations to the ingredients without spoiling the overall end product.  So if you like celery or peas, add them!  So let’s go for it. 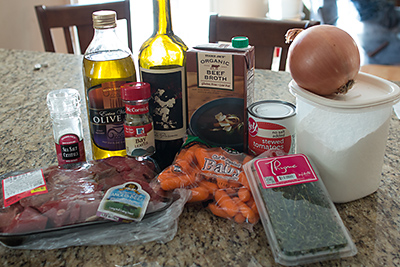 2.5 C beef broth (in a pinch, I used chicken broth once and it was fine)

6 sprigs of fresh thyme (plus extra for garnish, if you want to be fancy)

1lb small yellow potatoes, cut in half or quarters

3/4 bag of baby carrots, sliced in half diagonally 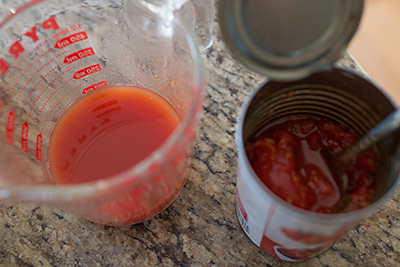 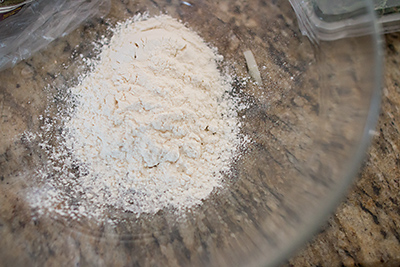 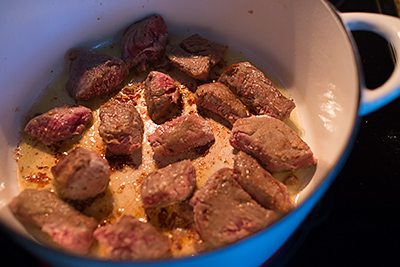 Heat the oil in a large, heavy pot (with a tight-fitting lid, which you will need later) on medium heat for three minutes.  Add the cubes of meat to the hot oil until they fill the bottom of the pot with a bit of space between them (around a third of the meat).  Flip them occasionally until they are lightly browned on all side, which takes about four minutes.  When that’s done, move them to a bowl and brown the next group of meat until they are all browned and removed. 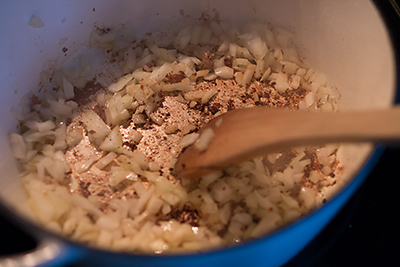 Add the diced onion and stir it around in the oil and brown bits until it begins to soften– about a minute. 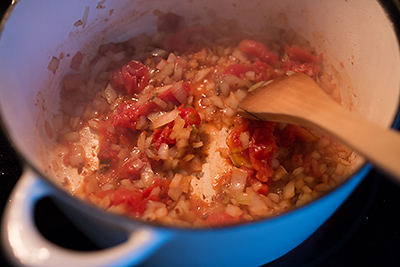 Add the crushed tomatoes (not the juice) and toss that around for a minute. 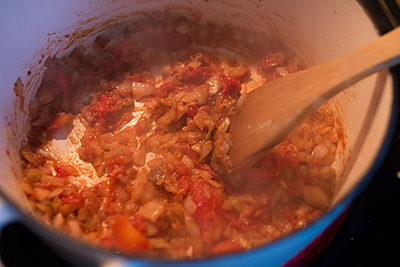 Sprinkle a tablespoon of flour over your mixture and toss around for a minute.  Then add the wine and stir up all that goodness for about three minutes or until the mixture begins to thicken.  Your house should start to smell divine right about now. 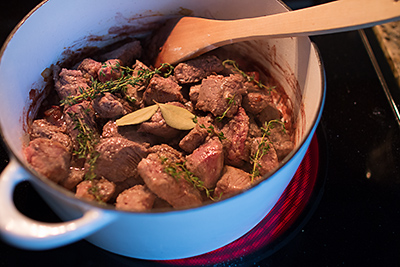 Add the bowl of cooked meat (and any residual meat juices) back to the pot.  Pour in the tomato juice, broth, bay leaves and thyme.  Increase the heat to high and when it starts boiling, take it down to low and simmer for an hour, uncovered.  This is when it’s a great idea to clean any extra dishes you have used.  When all is said and done, you’ll only have the pot to clean and that’s the best feeling! 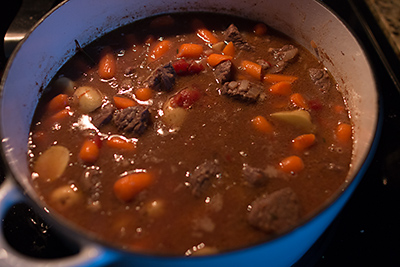 After an hour of simmering, add the carrots and the potatoes, stir it up and simmer it covered for an additional 45 minutes.  You can keep it on low for longer, if desired but stir it occasionally to keep anything from sticking to the bottom. 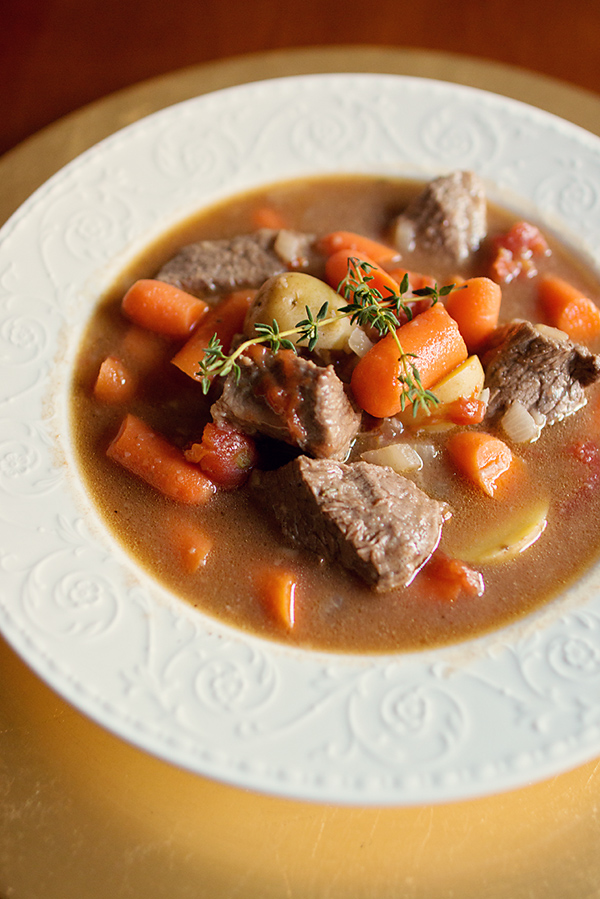 When you’re ready to eat it, fish out the bay leaves and any stems from the thyme.  Yum!!

Hope this recipe inspires you to curl up with a steaming bowl of some hearty stew and work on some scrapbooking this weekend.  Have a great one!